With the arrest of Rosa Parks in Montgomery, Alabama, and burgeoning Civil Rights Movement as a backdrop, a mixed-race Rhythm and Blues band The Rhythm Kings—made up of 16-year old Peekskill High School students, rehearse for a talent show at that Hudson River city's Paramount Theater. A "win" here could bring them an appearance on Ted Mack's Original Amateur Hour- the American Idol of its day. The play is based on a true story and takes place in 1955, just six years after the infamous "Robeson Riots" that took place in Peekskill. Learn more 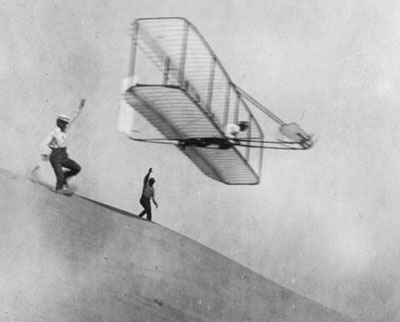 A DREAM OF WINGS - THE STORY OF THE WRIGHT BROTHERS

A family-friendly musical about the Wright brothers and their dreams of flying. Tension mounts between brothers and their father. The odds are against the brothers, but they succeed! The musical brings forth man's fascination with flight throughout the ages and the uniqueness of the self-taught and highly disciplined Wright family. Nevertheless, the true heart and meaning of the musical is about dreaming. The story of the Wright brothers gives us one thing: miracles can happen. If man can fly, we are capable of anything. It's fun, it's family, it's educational, and it is part of the great history of America. Listen to the music 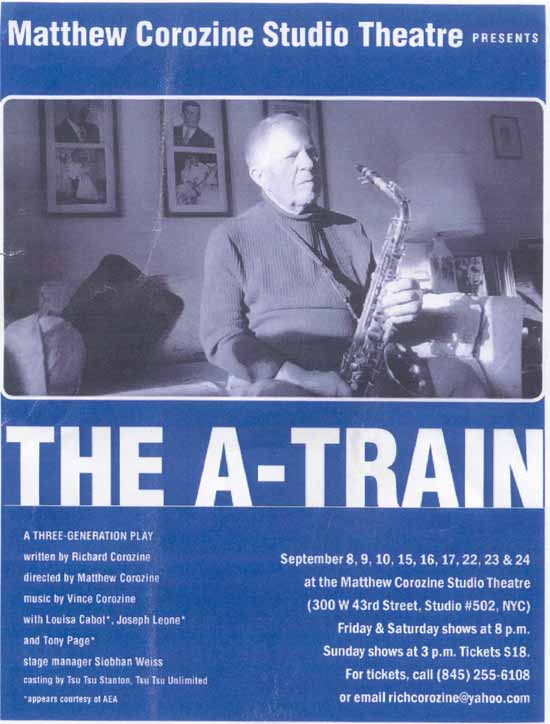 This is a three-act, four-actor play that presents Nick Corozine's journey and the creative process as an older, saxophone player persists to "get it back." After losing three fingers, the not to be derailed Nick physically challenges himself and revives his passion to return to his first love—the saxophone. He struggles to overcome adversity as he practices in his beloved wife, Carmella's kitchen among the pots and pans. Read more and hear samples 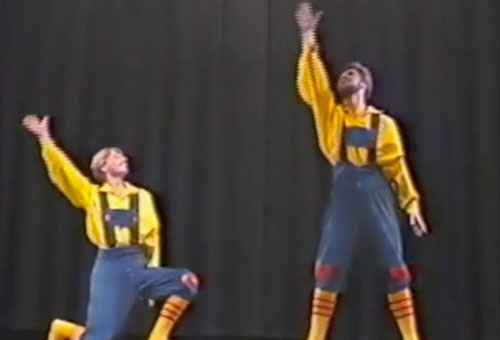 Music composed and conducted by Vince Corozine. A dramatic dance that has been performed in over 26 countries. Recorded with members of the Toronto Symphony for Youth With A Mission. Colin Harbinson executive director. Watch the musical 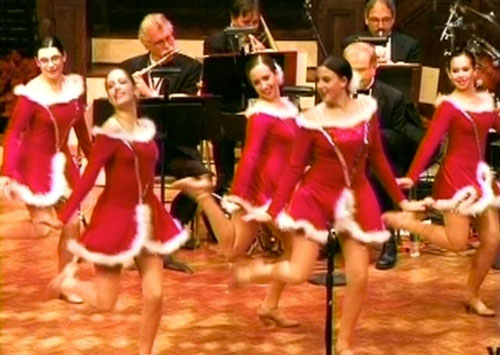 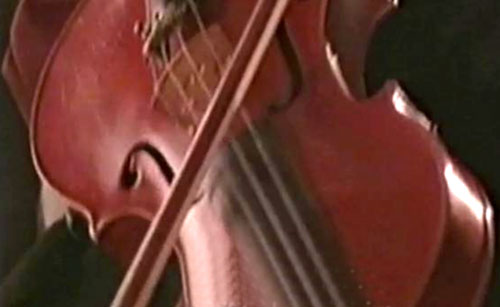 A film based on interviews with composers, Puccini, R. Strauss, and Brahms. See Vince as he conducts the orchestra and soloist for the opening night of Puccini's opera, "Madame Butterfly." Produced by Kenny Jackson and recorded with members of the Norfolk Symphony Orchestra. Watch the musical